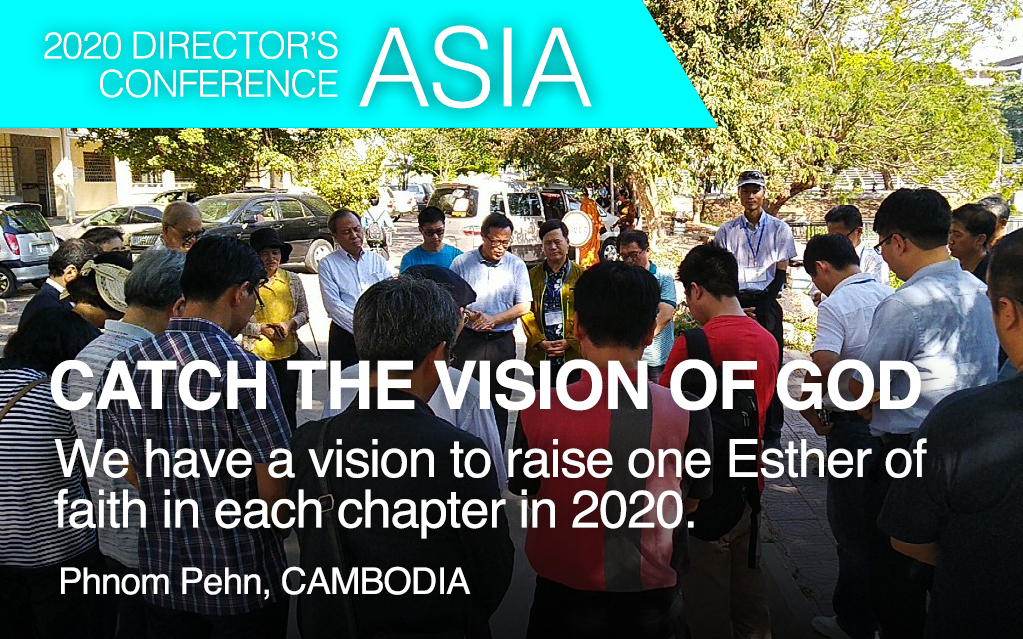 CATCH THE VISION OF GOD AND RAISE ONE ESTHER OF FAITH

The conference was held in Phnom Pehn, Cambodia from January 2nd to 4th, 2020 and 44 people attended. The opening message was delivered by M. Paul Kwon with the title, “Do You Love Me?” (John 21:1-17). Jesus who visited the disciples after his resurrection restored their faith from their failures by helping them to catch fish and serving them with delicious fish barbecue. It is Jesus’ unfailing love toward his disciples.

Jesus’ unfailing love encouraged all our missionaries to make a confessions of faith to love Jesus and his sheep. 13 coordinator’s reports also followed after the message. Last year, there were various hardships and difficulties in many parts of Asia such as bomb terrors in churches in Sri-Lanka and serious demos in many areas of Asia.

Our missionaries also suffered due to idol worship cultures with different religious backgrounds, opposition, and persecution toward Christianity, political turmoil, as well as health problems, family and ministry issues so and so forth.

In spite of such hardships and sufferings, God advanced the gospel of Jesus and His kingdom through us. New house churches were established in Japan, Philippines, Indonesia, and Malaysia. There was 30th anniversary in Indonesia UBF and the Thailand UBF director, Bansuk L. published the book of Genesis & John’s Bible materials and daily bread in Thai language, Siamese.

In the evening, M. Joshua H. (Chicago, USA) gave a lecture based on the book of Esther. Even though Esther was an orphan, she was well educated under Mordecai and learned faith and obedience to God which later became her life foundation to be used to rescue the people of Israel in God’s time. She overcame her human fate and lived as a shining star as her name indicates. We were inspired by the story of Esther and envisioned to raise a disciple of Jesus like Esther in each country we serve.

On the second day, Philip B. (Washington, USA) served the new year message entitled, “Even the Son of Man…” based on Mark 10:32-45. Jesus taught true greatness to the disciples who wanted to be great among them. Jesus also showed himself as a good example of the servant of all by serving the weak disciples and selfish Pharisees. Finally, he sacrificed his entire life on the cross. It moved many hearts of attendees and it became a spiritual direction for the new year. After lunch, we shared testimonies together.

On the third day, M. Joseph L. (Cambodia) delivered a closing message based on Exodus 32:30-33:14 with the title, “I Will Go!” We were excited about having such a life experiences together with God who walks with us daily.

At the conference, there were many messages and Bible studies. For instance, 3 group bible studies were led by David K., Sarah K., Luke L., and Joshua H. Korea UBF Director, Moses L, also served many of us with prayer and counseling. Co-workers in Cambodia prepared an excellent environment as they hosted the conference. M. Joanne Y. who was a former missionary in Cambodia, also participated in the preparation as well. Cambodia UBF ministry has been sustained by a beautiful coworking between families of M. Joseph & Grace L., and M. Isaac & Rebecca S.

There are a couple of growing leaders in Cambodia ministry and among them, sister H. L. served the conference sacrificially and shared her beautiful life-testimony at Sunday Worship Service.

We pray for her to establish a house church in God’s time. The daughter of M. Joseph & Grace L, Dream L. served the conference with beautiful music by playing the guitar. The well-known land as “The Killing Field” is changing as a land of life and salvation by the gospel of Jesus. Praise God who has done such a marvelous thing in this barren land. 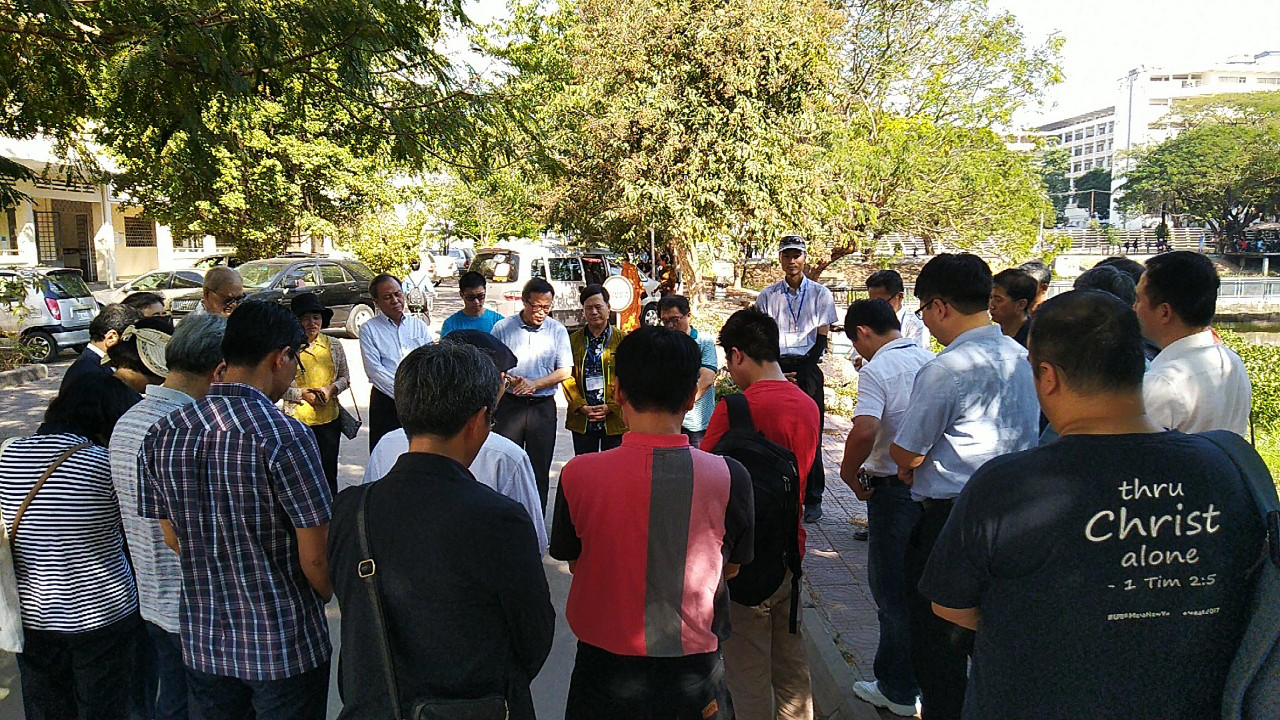 <Campus visiting after the Conference>

In conclusion, we experienced abundant grace and mercy of God through God’s words at this conference. We had a vision that in every corner of Asian countries, there may be life-giving work of God, raising one Esther of faith. May God bless each of us to grow as a servant of all like Jesus by learning Jesus’ inner character in 2020.